Furmark® is a comprehensive global certification and traceability system for natural fur that guarantees animal welfare and environmental standards. 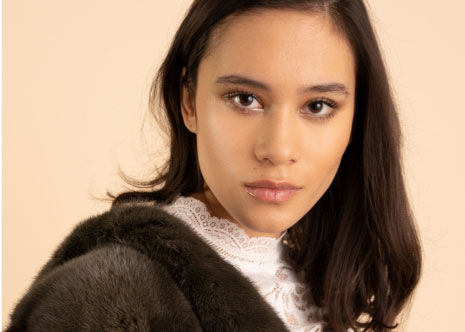 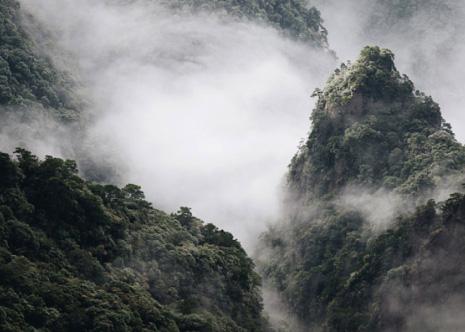 Furmark® is a comprehensive global certification and traceability system for natural fur that guarantees animal welfare and environmental standards.

Animal welfare and environmental programmes that are science-based, third-party certified, and transparent.

The new Wild Fur Certification Protocol helps to ensure that population and environmental sustainability is key to how wild fur is harvested. It complements the system of checks and balances that operate at local, state, regional, and provincial levels and far-reaching international agreements.

Wild fur in North America is subject to a wide-ranging system of laws, regulations, checks, and controls that emphasise the sustainability and welfare of all fur-bearing species and protect endangered species. Ensuring population and environmental sustainability is key to how wild fur is harvested. The system of checks and balances operates at local, state, regional, and provincial levels of government and also through far-reaching international agreements. It is necessarily complex as it spans different agencies, species, range-states, environments, and national borders.

The relevant government must also monitor harvests to sustain healthy population levels in balance with habitats. The absence of this trade would trigger dramatic increases in the populations of pelt-bearing species, posing a potential nuisance in some areas. 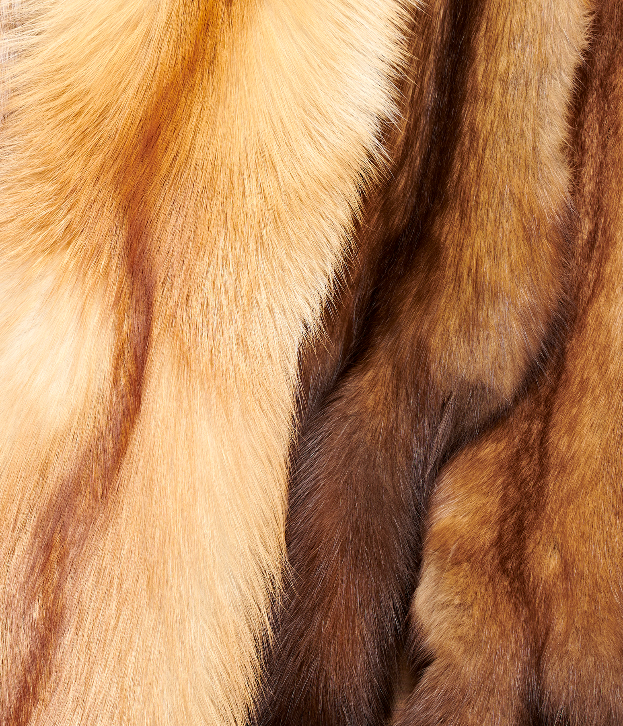 The IFF has worked with a leading international verification and assessment company to develop a Protocol for wild fur, to be used to audit and verify the process from trapping to the auction in regards to animal welfare, sustainability and traceability.

Wild fur sold through Fur Harvesters Inc is now certified under Furmark®. The new Wild Fur Certification Protocol and its associated audit now sit at the very heart of standards.
‍
The Protocol itself covers animal welfare, sustainability, and traceability requirements associated with the harvest and trade of wild fur in North America. It also sets out additional requirements for increasing standards to ensure a sustainable sector fit for the future.
‍
The new certification has been possible by extended collaboration and cooperation between the developers, Baltic Academy (independent animal welfare experts), a dedicated technical advisory committee (comprised of leading wild fur experts), and USA and Canada and trapping organisations. It has also been shaped by influential fashion groups such as LVMH and Kering and rightly recognises wild fur’s importance to the current and future fashion sector.

The Protocol ultimately provides the wider trade with the assurance and confidence that there is a robust management system in place at Fur Harvesters. With the Protocol finalised in February 2021, the Fur Harvesters auction was successfully audited in March 2021: the Protocol includes an extensive set of requirements for the trading body, some of which will be phased in. 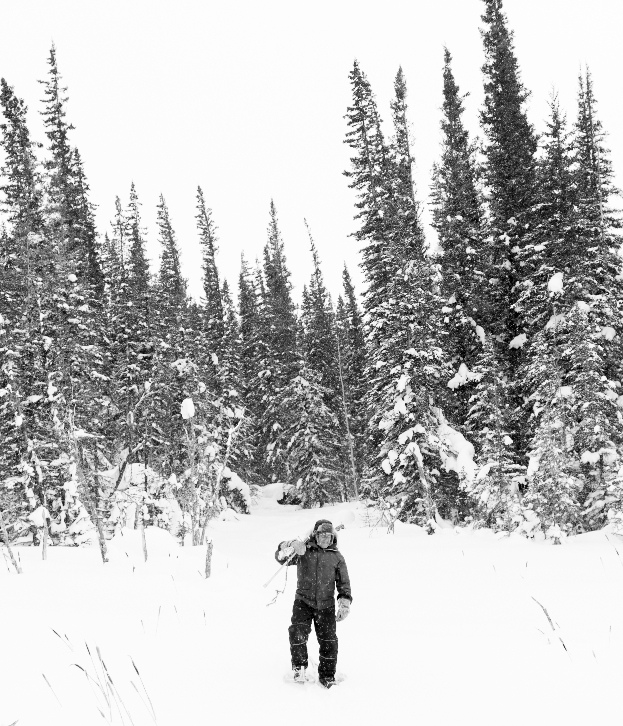 Fur trapping in North America is a key activity for wildlife workers responsible for animal protection and conservation. Their work is both regulated and supported by law. It includes: 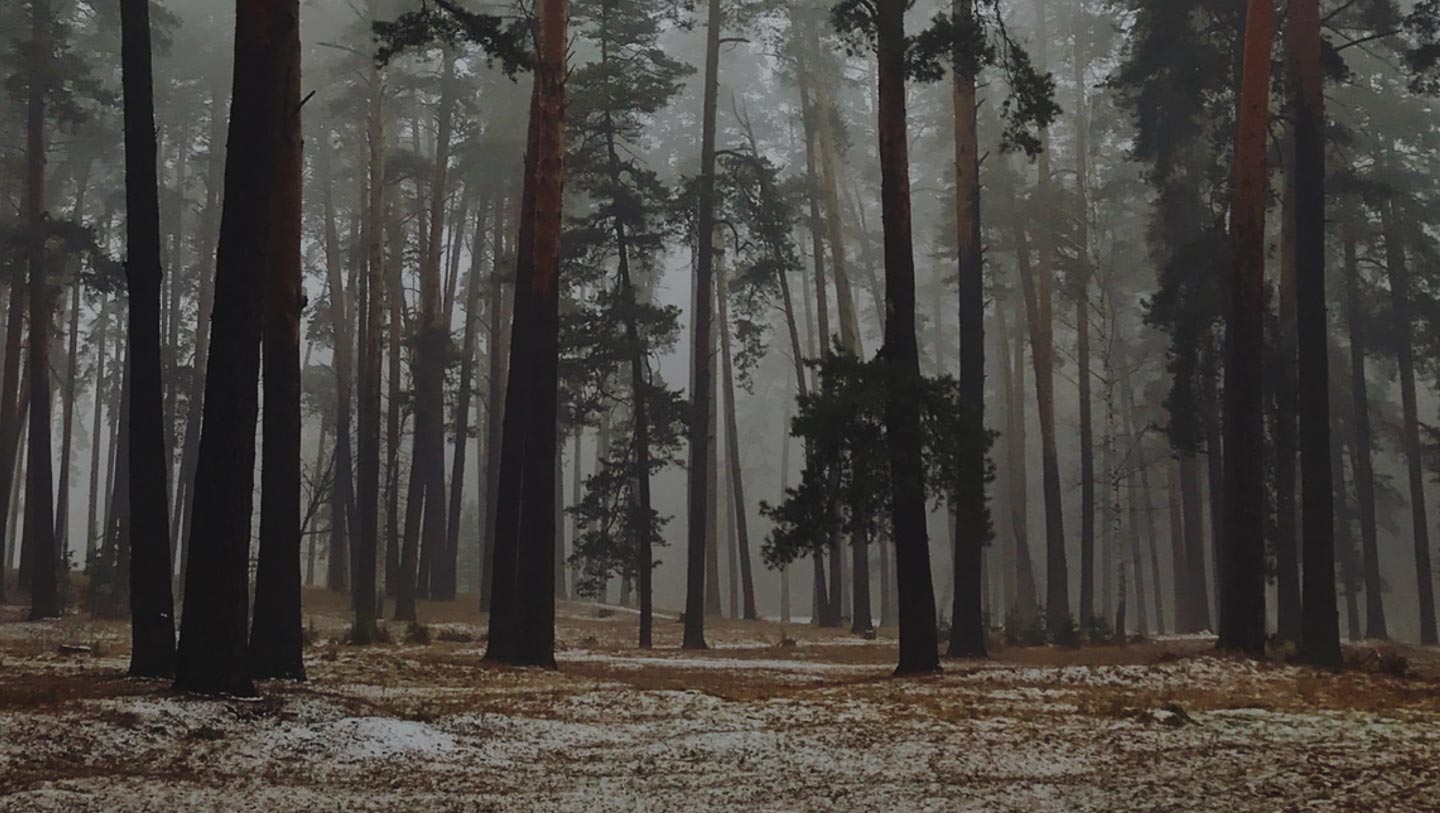 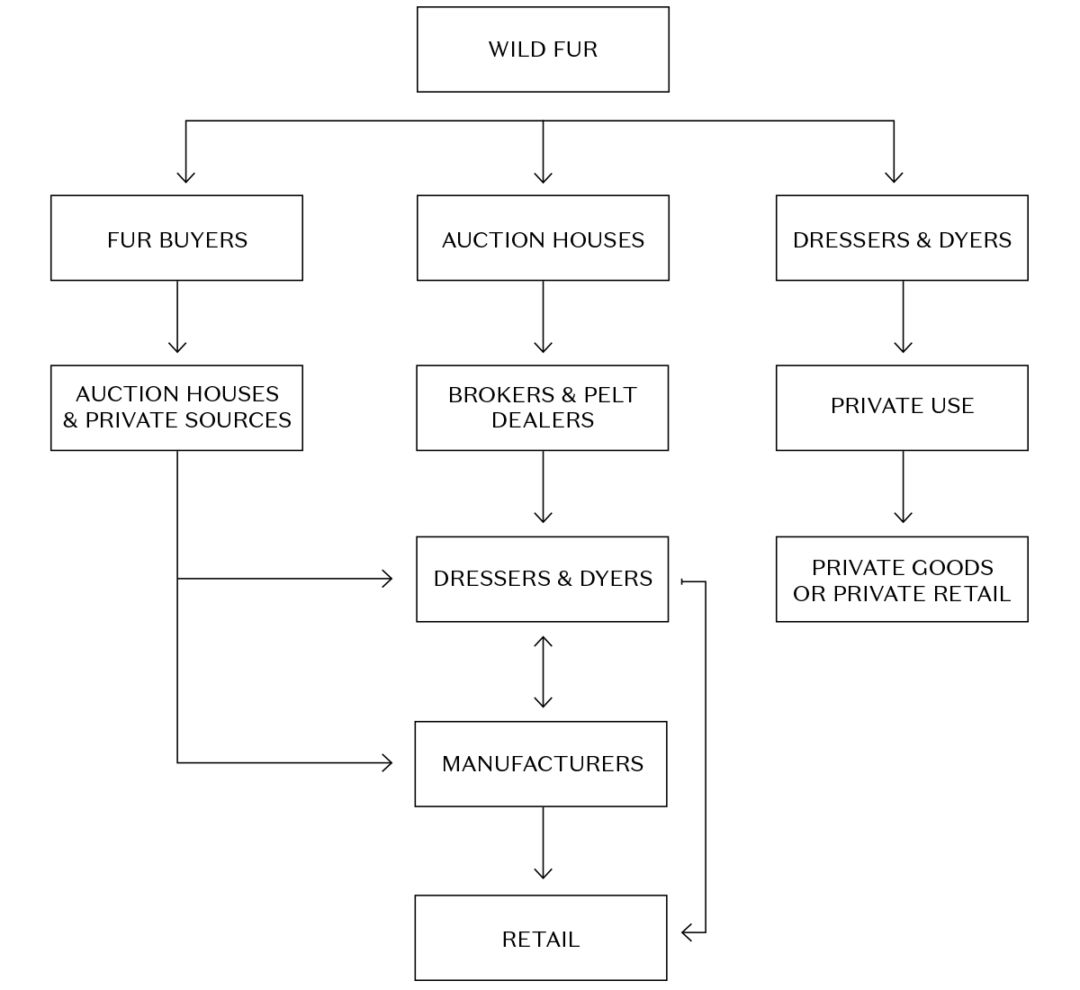 Many harvesters depend on wild fur for their livelihood and, in many cases, entire rural and indigenous communities rely on this income for their economic viability. Trapping also has a big cultural significance and is essential for many areas to retain their identity and traditions.

More than 23 different species from the wild fur aspect of the international fur trade. Trappers are required by law to adhere to strict rules, which include: 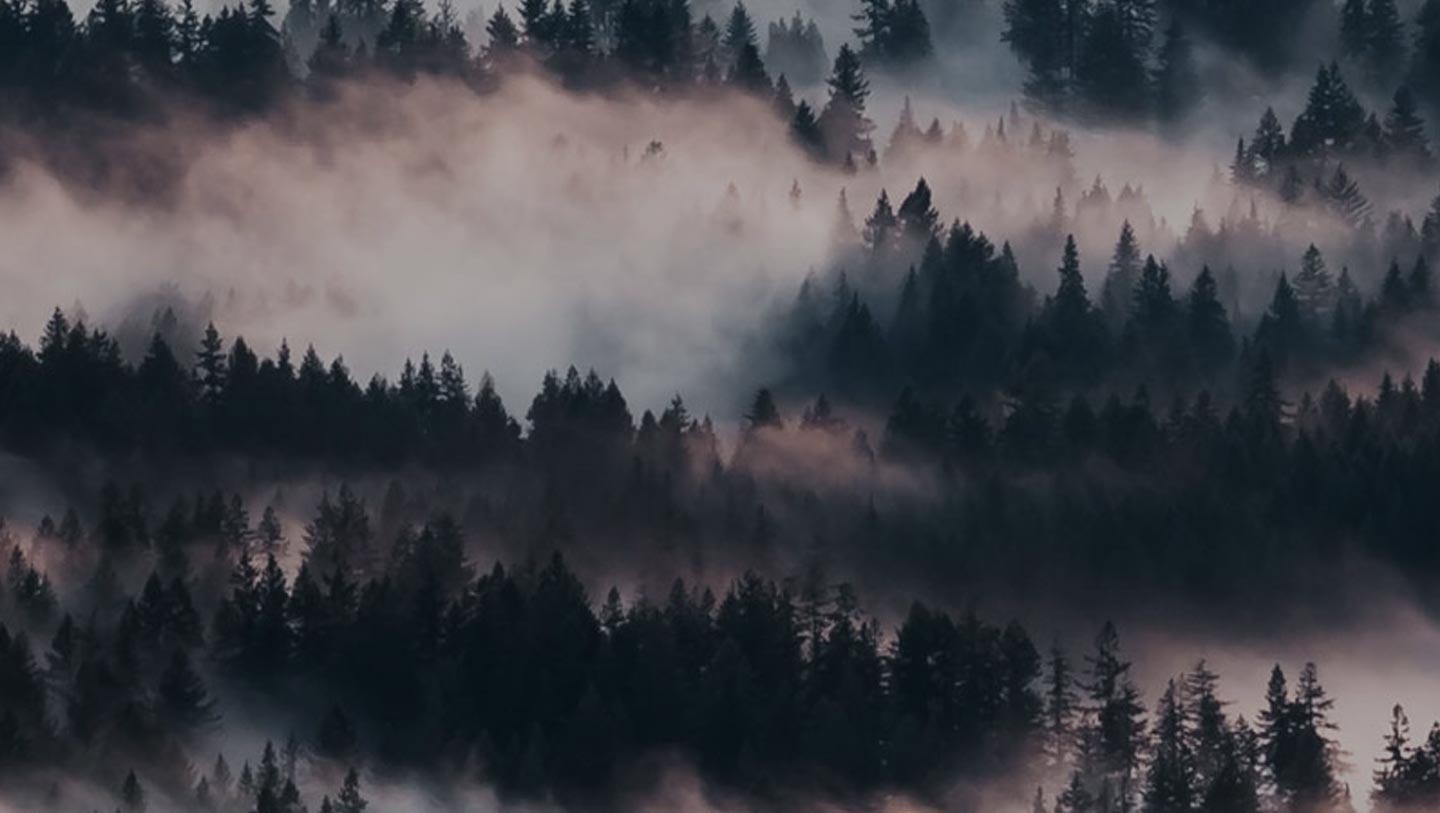 Wild Fur programmes vary widely depending on region, species, and local factors. In North America, a wide range of state, provincial, territorial, and federal rules are well established in order to cover these variable factors. Meanwhile, globally recognised standards include: 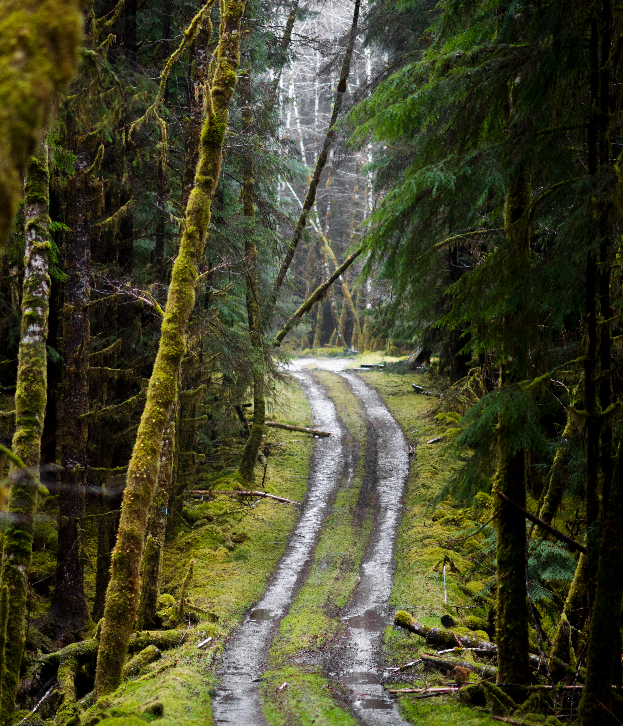 All programmes detail different rules for each species. Wild fur programmes are science-based and verified by independent experts who continuously improve and test traps and trapping systems. They are outlined below. 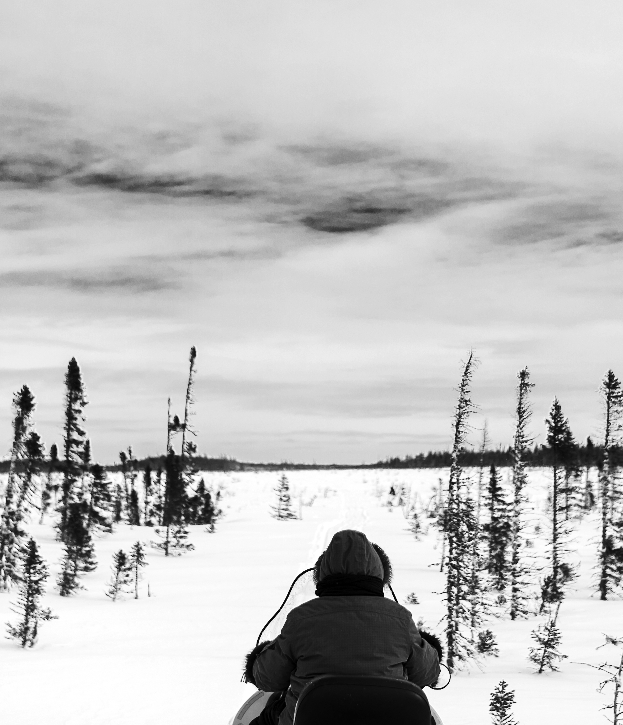 The following universities and experts have participated in the development and continuous improvement of the North American programmes: 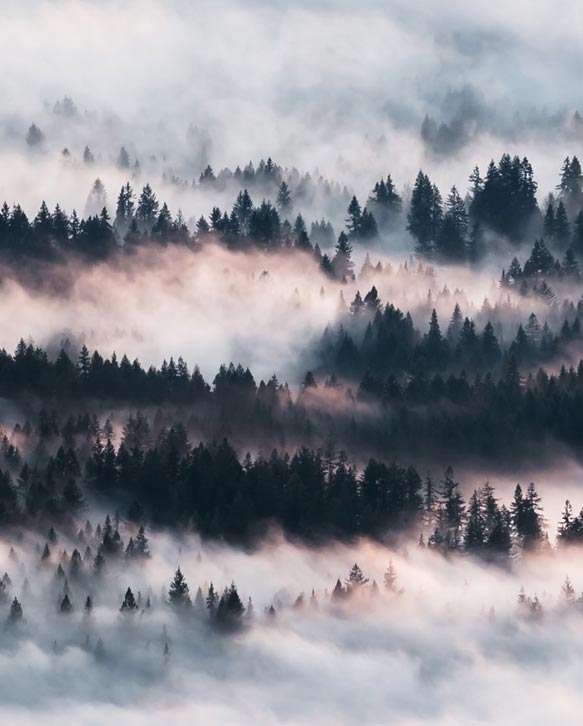 Trappers in North America are required to acquire a trapping licence and comply with comprehensive harvesting regulations.

Canada has more than 1,400 Wildlife Conservation or Enforcement Officers and the USA has 8,500.

It is their job to enforce all of North America’s regulations for the protection of wildlife. They work directly in the field, on a full-time basis, and have the power to lay charges against lawbreakers and to directly enforce all hunting and trapping activities.

In addition to this number, there are federal fisheries officers, guardian programmes, police, stakeholder support workers and justice and wildlife or environmental management staff. They all work to administer programmes and enforce regulations on a daily basis. 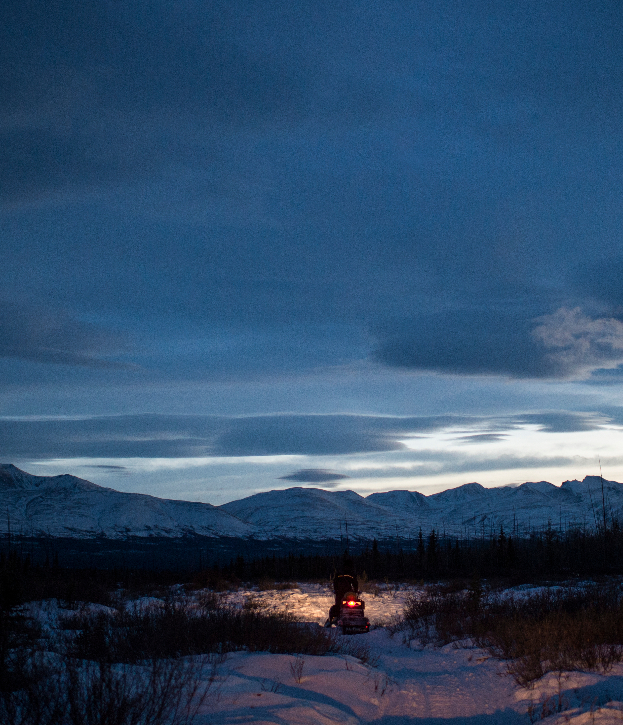 The fur trade is subject to thorough licensing, permitting, and regulation by state, provincial, territorial and federal wildlife management agencies and by border trade control authorities. From the trapper harvesting on the land to the buyers, wholesale dealers, auction houses, importers, and exporters, every single step of the trade is strictly controlled.

Regulations include the following: 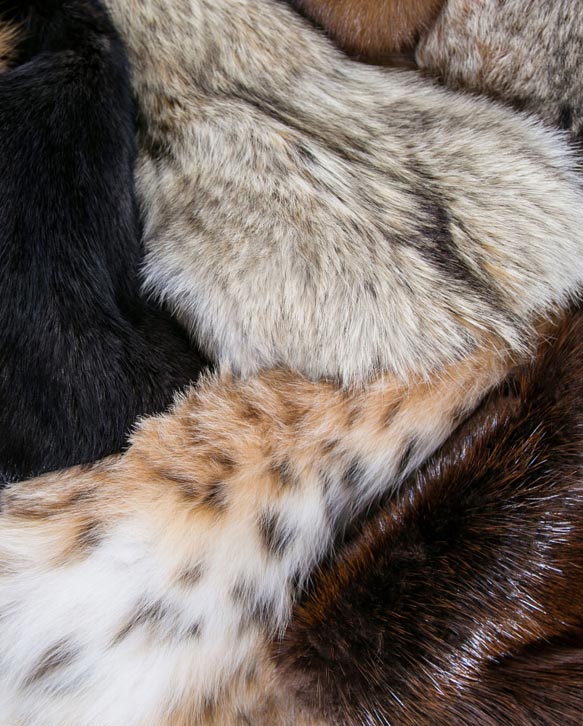 The Agreement on International Humane Trapping Standards (AIHTS) is an agreement between Canada, the European Union (EU) and Russia. It ensures the highest possible animal welfare standards for traps used in those countries, affecting a total of 19 different wild animal species. Under AIHTS rules, traps must be approved by the appropriate authorities and they must conform to AIHTS standards. More than 600 trap designs have been rigorously tested under AIHTS in Canada since it was ratified in 1999. The agreement guarantees trade of specific wild animal species between signatory nations, providing the trap standards outlined in it are adhered to. The United States (US) has a separate, but similar, agreement with the EU.

In 1997, the US and the EU signed an ‘Agreed Minute’ on humane standards for the trapping of fur-bearing animals. The Agreed Minute represents an international treaty commitment between the US and the EU. The Agreement on International Humane Trap Standards (AIHTS) continues to identify humane methods for the capturing of fur-bearing animals based upon strict performance evaluations. The Agreed Minute reflects the US and EU commitment to the principles of the AIHTS. To comply with this agreement, the US has developed Best Management Practices to scientifically evaluate traps and trapping systems. Animal welfare is always the priority, along with safety, efficiency, selectivity, and practicality. Results of this research are provided to the general public, trappers, regulatory authorities and to state and federal wildlife agencies.

Best Management Practices (BMP) scientifically evaluate traps and trapping systems. These tests are continuously undertaken in over 40 USA states. They are species-specific and adapted for regional differences.

For the purpose of developing these BMPs, trap performance criteria, or thresholds, have been established by the Furbearer Conservation Technical Work Group of the Association of Fish and Wildlife Agencies (AFWA). These thresholds were based on the 1997 understanding reached between the EU  and the US (EU/US Agreed Minute), with input from wildlife biologists and wildlife veterinarians. They provide a common framework for evaluating progress towards the use of more humane traps and trapping methods.

The Convention on International Trade and Endangered Species (CITES) is another international agreement that regulates elements of the fur trade. Under CITES, species in trade that might be harmed by overexploitation are carefully monitored and regulated to ensure international guidelines are followed. Most of the CITES-regulated North American fur-bearing species in trade are secure and not endangered, but they are listed under Appendix II of CITES. This is simply because they are considered ‘lookalike’ species, meaning that they are similar in appearance to species which are endangered in other parts of the world. Under CITES, the importing country can request a certificate of origin that demonstrates compliance.

The International Organization for Standardisation (ISO) has developed two international, science-based trap standards to test restraining and killing devices. The ISO is comprised of 162 members, each being the sole representative of their country. These standards outline how traps should be tested, regardless of the reason for trapping.

Key parts of the standards include:

• Providing testing methods for the performance evaluation of traps in the key areas of: capture efficiency, animal welfare, selectivity and user safety

• Definitions of wordsTrauma scales and classification of injuries

• Length of time to death for devices that kill

The Association Of Fish And Wildlife Agencies (2016) And The National Fur Harvest Database Are Available Online At:

Association Of Fish And Wildlife Agencies, Best Management Practises For Trapping In The United States Is Available Online At:

A Guide For Trappers In The United States:

Safety-Animal Welfare-Responsibility-Furbearer Conservation (2005). Published by The Association of Fish and Wildlife Agencies and available online at:

Protection, management and fur harvesting varies across US states, Canadian provinces and territories across North America. Professional wildlife managers adopt and implement regulations based on the scientific understanding of regional wildlife populations. Recognising these differences, wild fur harvesters normally require a mandatory trapping licence that relates to their specific area and species.

Through the course of a trapping season, this licence allows a trapper to harvest various species within the regulations. Law enforcement officers can inspect their trap lines or catch at any time. Within this same legal framework, pelt dealers must also purchase a licence and register with their state, provincial or territorial authority.

During, or at the end of, the trapping season, trappers have a multitude of options through which to sell their pelts. These options include (but are not limited to): 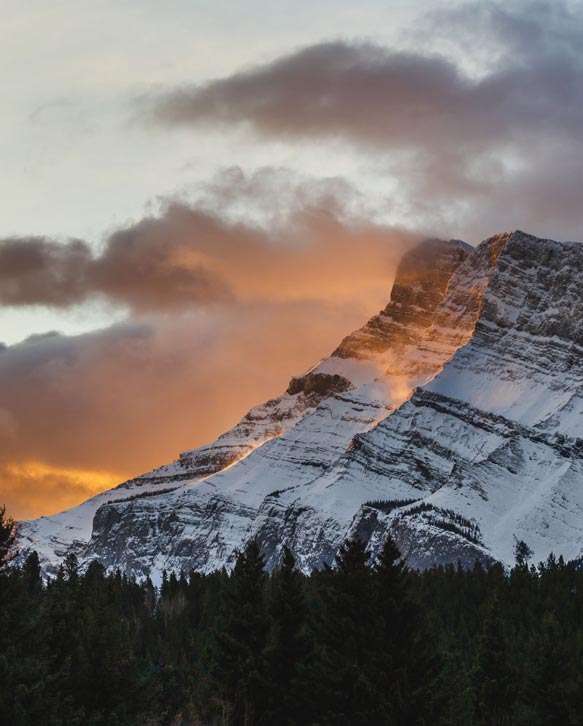 The transfer of custody of wild fur starts once the trappers choose where to sell their fur. Trappers are required by law to provide the seller with their contact information, trapping license number, as well as a log of the number of species being sold. Once the sale takes place, this documentation will be associated with each pelt throughout the supply chain until reaching the auction house or pelt dealer.

Wild fur trappers who choose to send their furs to the auction houses do so on a consignment basis. Before sorting and grading, each wild fur pelt is identified with a bar-coded ticket that can be traced back to the individual trapper or source from which the pelts came and, once sold, forwarded to the fur purchaser.

These records and databases are maintained and updated regularly and allow the auction houses to: